Choosing Your Parking Lot Marking Chalk For Your Next Striping Project

Chalk is an indispensable tool when it comes to preparing freshly-paved or sealcoated parking lots for striping. Using the right chalk for the job can make the difference between a job well done and one that has to be redone at great expense. Not all chalk is created equal -- the most common chalk colors used by contractors offer their own advantages and downsides for a broad range of striping jobs.

White marking chalk is the standard go-to for contractors when laying out parking lot stripes. Not only is it readily available from a wide variety of supply stores, but it's also relatively affordable and it stands out on dark-colored pavement.

However, white marking chalk can inadvertently blend in with lighter surfaces, making it harder for workers to spot and follow the chalk line. Others can confuse the white lines for paint overspray, especially if the chalk lines do not fade or wash away after the striping job is complete.

Like white chalk, blue marking chalk is also easy to see on dark-colored pavement. However, it's not the same color as the stripes being laid down, making it easier for others to distinguish between the finished striping and prepared sections that have yet to be striped. This can be advantageous for use on parking lots that are still active during the striping.

Unfortunately, the same advantages that black and red marking chalks have over other colors also offer notable drawbacks. Since both chalk colors can't be washed away as easily as others, any chalk lines left behind in the striping process could end up being permanently embedded into the parking lot surface.

Day-Glo orange chalk is ideal for work crews performing their striping operations under low-visibility conditions due to its overall brightness. This variety of chalk also shows up well under sodium work lights, making it ideal for use under nighttime conditions.

Like white and blue chalk, Day-Glo orange marking chalk can also fade after a certain length of time. Orange chalk is also commonly used to mark underground utility lines, which could confuse some workers if the lines are laid down close to any existing utility line marks.

It's important to consider the pros and cons of your chosen marking chalk color before preparing the parking lot for striping work. Using the right color for the job can help prevent costly and time-consuming mistakes from being made. Contact a paving company, like Gann Asphalt & Concrete or a similar location, for more tips and info. 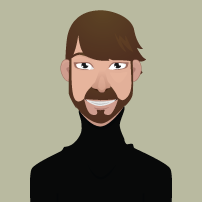 After we moved into a home with an exceptionally large driveway, I knew that we were going to have to do something different to make it look a little better. It was large, gray, and a little chipped, and it was really detracting from the overall beauty of our home. We decided to meet with a professional paving contractor to see what they could do for us. They were incredibly helpful, and they showed us a large variety of patterns and engraving shapes that might work for the space. It was such a fun and exciting project that I created this blog to help others find paving contractors that cater to their design aesthetic.